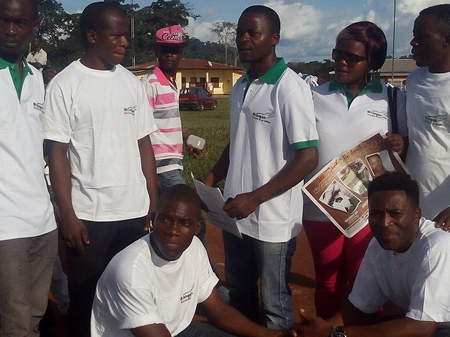 The first Sombok-labelled project is "Sombok-Mvangan", a Community Development Cluster set up since 2016 in the Mvangan Region, Southern Cameroon.

Transformational Development that is community-based and sustainable, to build a world where people live in sustainable communities. We commit ourselves to inspiring, empowering and re-enchanting people in Africa.

The Sombok-Mvangan initiative have been set up in 2016 by a local Youth Association. From the the 30th of July to the 14th of August 2016, took place a two weeks event, built as a development cluster and embracing the following fields :

The second edition of Sombok-Mvangan took place in 2017, from the 29th of July to the 13th of August.

These first two editions have been financed in part by individuals, and in other part by two sponsors : two European-based football players, born in the Mvangan Region.

As the third edition looms and the ambitions grow, we have decided to create Sombok International, a Brussels based non profit that aim to work as fundraiser at the International level in order to support, not only Sombok-Mvangan, but also other future look-alike initiatives across Africa.